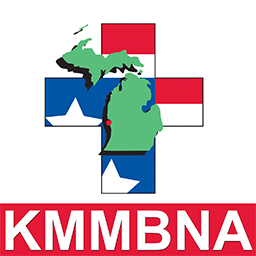 Posted over 8 years ago by Birthale Archie

LANSING – Registered nurses from the Michigan Nurses Association shared their concerns for the health and wellbeing of Michigan citizens from the Capitol steps today. The nurses spoke to an audience of Medicaid program users, Democratic state senators, union members and representatives from other professional associations. Signs were held that showed the number of uninsured in several Michigan counties that would be eligible for medical coverage once the Medicaid expansion bill passes.

"High blood pressure, high cholesterol, diabetes – there are hundreds of diseases that are manageable if you have medical insurance or if you have a lot of money," said Felicia Kieme, a registered nurse at the University of Michigan Health System. "If you don't have either, your health is at risk. Frankly, your life is at risk."

Medicaid expansion under the Affordable Care Act would be paid by the federal government 100% until 2017, and then covered 90%. The savings from covering more uninsured people would be put into a fund to cover the remaining 10%.

"I want you, the people who work in this building – the Capitol - to have mercy on us," said Amy Penoyer, who currently receives Medicaid assistance. "We are not losers. No one likes to humiliate his or her self to have to beg for medical care but what choice do we have? This shouldn't be about the price of care. It's a humanitarian issue. If you have money, you don't know what it's like to be in this position."

Over 400,000 people would be eligible to receive Medicaid under the expansion plan including veterans, senior citizens, people with disabilities and working families who either don't have access to or can't afford coverage. Researchers have determined that 18,000 new jobs would be added as a result of expanding Medicaid and Michigan could see up to $2.1 billion in new economic activity.

"We know that Senate Majority Leader Randy Richardville has decided that a work group should spend all summer thinking up new ways to complicate the Medicaid expansion bill," said Jeff Breslin, RN, president of the Michigan Nurses Association. "This is regardless of the people that are hurting every day that goes by without having medical coverage."

An on-line petition to show support for the Medicaid expansion is available at www.expandmimedicaidnow.org

"If the Senators could see what we see on a daily basis, they would not be wasting time trying to find ways to pick apart the Medicaid expansion bill," said Steven Strahle, a registered nurse from the University of Michigan Health System. "Every day that passes, someone's life is at risk due to partisan politics. It's time for our elected legislators to return to Lansing and do the right thing – vote to expand Medicaid now!"